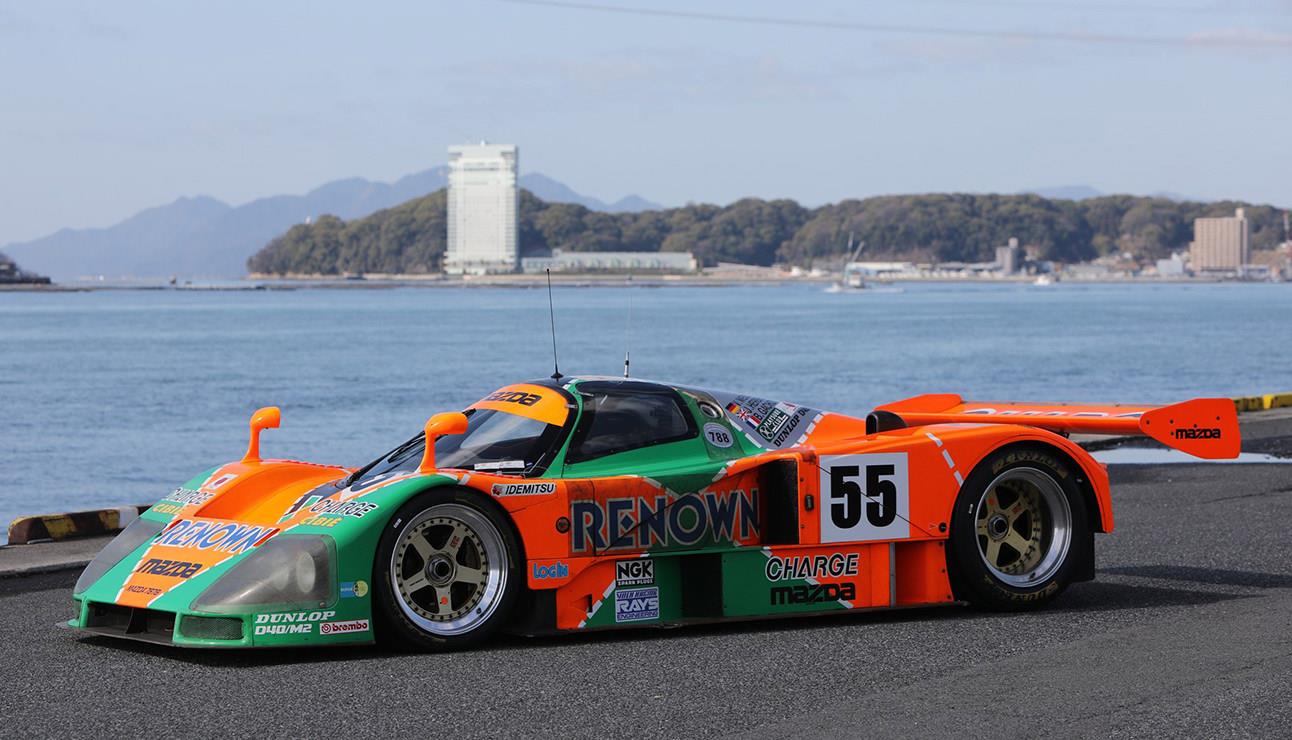 The Mazda 787B was the culmination of Mazda's rotary-engined Group C race cars. The Mazda 787B, with the car number 55 and chassis number 787B-002, completed 362 laps (approx. 4,923 km) of the 13.6 km-long Circuit de la Sarthe at the 59th 24 Hours of Le Mans in 1991, becoming the first Japanese car to win the race. The Mazda 787B-002 was the first Japanese car to win the overall championship, completing 362 laps (approx. 4,923km) of the 13.9km Sarthe Circuit. The race went off without a hitch, with the team carrying out just routine pit stops for refuelling, tyre changes, driver changes and brake pad changes. Encountering no problems that could have caused a loss of time at any stage of the race, the car set lap times exactly as planned, sometimes increasing the pace to pass rivals and pull away to take the chequered flag.

When the Mazda Auto Tokyo team took part in the 1979 Le Mans race in a Mazda RX-7 252i, there were only four members, excluding the driver, along with some support staff from the local sales company, France Motor. It is undeniable that in those days there was a mentality of “we’ll work with what we’ve got. We’ll figure it out once we get there.” However, it is also true that, from the beginning, it was a mixed team of Japanese and French members. It was the many trials and tribulations that the team experienced at Le Mans (regarding accommodation, food, transport, movement, parts preparation, etc.) that changed the structure of the Mazda team. From 1981 onwards, in addition to joint ventures with TWR and Alan Docking Racing, support from the French Motor Company increased, and the team became a tri-nation team with Japanese, French and English members. The team would gradually become more internationalised, in particular its drivers, with members from the USA, Belgium, Ireland, Germany, Brazil and Sweden.
At important moments, such as team meetings, there was a respective interpreter to ensure accurate information sharing, but in the paddock and in the pits, conversations were conducted in each team member's native language, while the staff used a mixture of Japanese, English and French, as well as body language to communicate with each other. The catering team, which was responsible for the team's meals, also had a menu to meet the multinational requirements. The culmination of all this was a 120-strong team at Le Mans in 1991.

Volker Weidler (born in Heidelberg, Germany) is a smaller than the average German, suited to motor racing, who became German Formula 3 champion in 1985 and progressed to F3000 and Formula 1. He took great care of his body, employing a personal trainer to manage his diet and sleep to ensure optimum performance.

Johnny Herbert (born in Brentwood, England) was spotted as a talent early on and made the step up to Formula One. He has a jovial personality and is always up for a laugh. After retiring as a driver, he became a sought-after commentator and reporter for racing TV programmes.

Bertrand Gachot (born in Luxembourg) is a French national but a cosmopolitan who describes himself as an EC (now EU) citizen. He was once named as a full-time driver for the Jordan F1 team. A versatile driver, he was the slowest to join the team due to his busy schedule, but quickly developed a knack for driving RE cars.