MAZDA RX-VISION GT3 CONCEPT
DIGITAL MOTOR SPORT
For the "MAZDA RX-VISION GT3 CONCEPT" the beauty of the original base car’s design was made even more aggressive in order for it to become the epitome of a race car. In the pursuit of unprecedented performance and the output needed for the Gr.3 class, it follows in the footsteps of the former MAZDA 787B engine concept and mounts a 4-rotor engine, reborn using the latest SKYACTIV technology, in its lightweight chassis.
The base vehicle "MAZDA RX-VISION" is a concept car that was revealed at the 2015 Tokyo Motor Show. Based on the “KODO -Soul of Motion-” design theme, it was designed to be the most beautiful FR sports car that Mazda could conceive of and was equipped with a next-generation "SKYACTIV-R” rotary engine (RE). The model embodies a dream vehicle that Mazda hopes to make it real one day.

The "MAZDA RX-VISION GT3 CONCEPT" is a co-creation of Mazda's designers and Polyphony Digital's digital modelers. The original "MAZDA RX-VISION" was selected as the "Most Beautiful Concept Car of the Year" at the 33rd Festival Automobile International held in France in January 2016 and has been highly praised by countless people globally.

This design project started in the fall of 2019. An image sketch was released at the venue for the world final of the "FIA Gran Turismo Championship" held in Monaco in November of the same year where it was announced that the vehicle would be added to the 2020 update of "Gran Turismo SPORT". From then on, the design was steadily polished, with frequent back and forth between Polyphony Digital and Mazda Design, and the modeling work progressed from there.

The MAZDA RX-VISION GT3 CONCEPT accords with the FIA GT3 rules and performance requirements for race cars. While the original cabin and door shape are maintained in accordance with GT3 vehicle regulations, the front / rear tire treads have been expanded and it has received a wide fender. It is also equipped with a large engine hood outlet that improves both aerodynamic performance and cooling in the engine room, a front lower spoiler that controls cooling performance and front downforce, along with a rear spoiler and under diffuser that increases rear downforce and ensures rear wheel traction. The front projection area was minimized in order to improve the aerodynamics, and proportions were pursued that would reduce the vehicle height and set it lower. Weight reduction and a lower center of gravity were accomplished through removing unnecessary parts in the interior and replacing heavy materials. An ideal 48:52 front-rear weight distribution was also achieved. Each function within the cockpit was arranged with an emphasis on ease of operation during the race. In particular, the steering wheel uses a special design that improves operability. The interior layout of all Mazda models are developed in the pursuit of superior ergonomics and have earned the cars a high reputation. Similarly, the MAZDA RX-VISION GT3 CONCEPT prioritizes aspects such as seat shape, driving position, pedal arrangement and visibility during driving as essential items. Whether a road car or a virtual race car, Mazda cars all share the philosophy of being "human-centered". 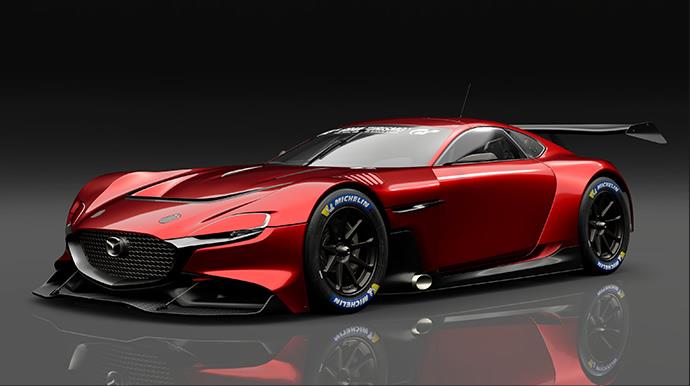 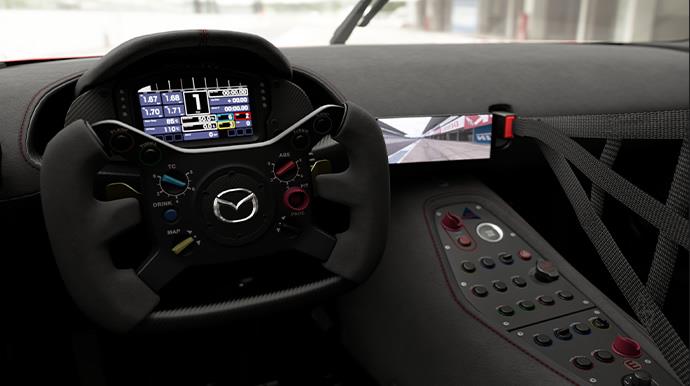 Similar to mass production vehicle development, the MAZDA RX-VISION GT3 CONCEPT began with design sketch work for each component, followed by 3D digital modeling, and then completion of a detailed final design. This Gr.3 virtual race car, designed to achieve a high level of competitiveness, was made possible through Polyphony Digital’s state of the art modeling technology. 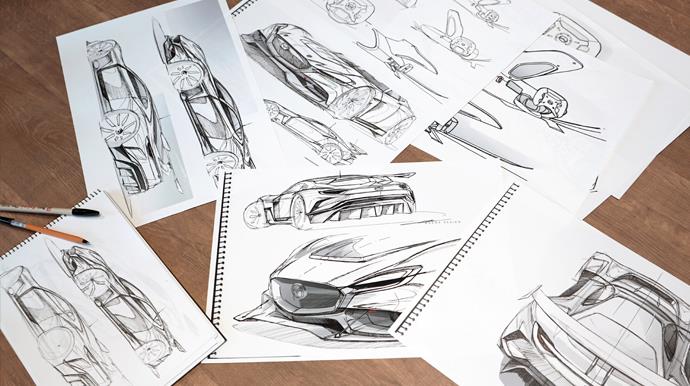 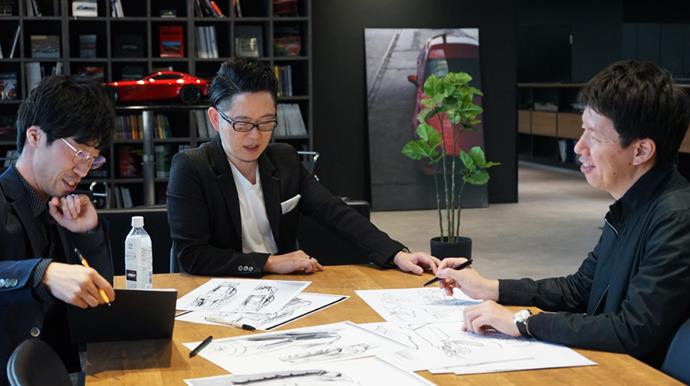 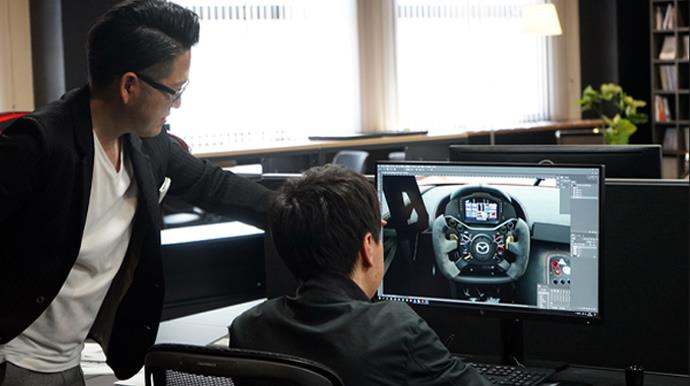 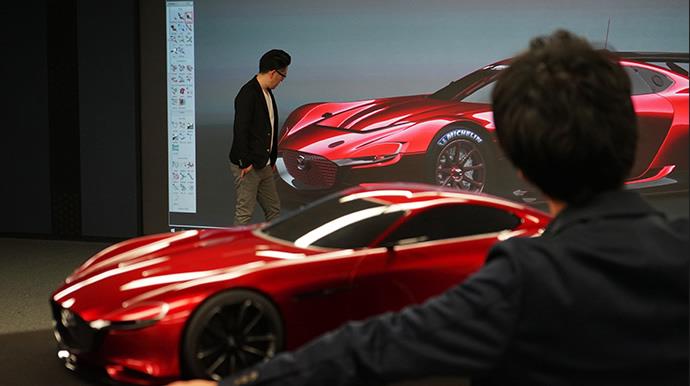 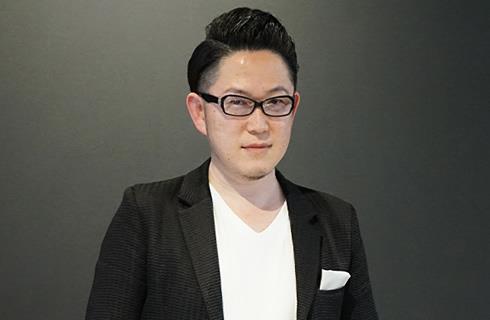 MAZDA RX-VISION GT3 CONCEPT Chief Designer
Mazda Motor Corporation Design Division Advanced Design Studio
Norihito Iwao
Joined Mazda in 1993. Exterior designer for the CX-5, CX-3, and has also worked on show cars, concept cars, etc. While he was stationed at Mazda Design Studio in North America for 3 years from 2012, he was in charge of the LM55 VISION’s conceptual work. After that, he served as chief designer for the MAZDA RX-VISION (2015), the MAZDA VISION COUPE (2017) and the MAZDA RX-VISION GT3 CONCEPT.
We set out to design the most aesthetic and fast GT3 race car in the world based on the FR-sport concept MAZDA RX-VISION, that was crowned the "Most Beautiful Concept Car of the Year" in France in January 2016. Focusing especially on the exterior, we sought to eliminate waste, and pursue functional beauty. Developing a design with soul is not only essential for mass-produced cars and concept cars but was also integral for this virtual race car. This time Mazda’s exterior and interior designers worked together with Polyphony Digital’s digital modelers to build this car in the spirit of co-creation.

The "human-centered" development concept is common to all Mazda vehicles, beginning right from the initial design stages. At Mazda’s Design Headquarters, starting from the directors, there are numerous car lovers, many of whom are closely acquainted with the "Gran Turismo" series and motorsports. So, we progressed with design work while consulting with these individuals on how the car should perform and be operated during races, while at the same time envisioning how it would actually run on the race track. Balancing the beauty of its appearance with its function and performance as a race car, while at the same time also satisfying all the regulations, was like trying to thread a needle. I truly want to thank all those at Polyphony Digital who shared our aspirations and met our numerous revision requests.

Ultimately, we were able to create this MAZDA RX-VISION GT3 CONCEPT, which embodies our ideal conception for a vehicle in the virtual world and will be the car to beat in "Gran Turismo SPORT". I hope that everyone around the world will enjoy driving it. 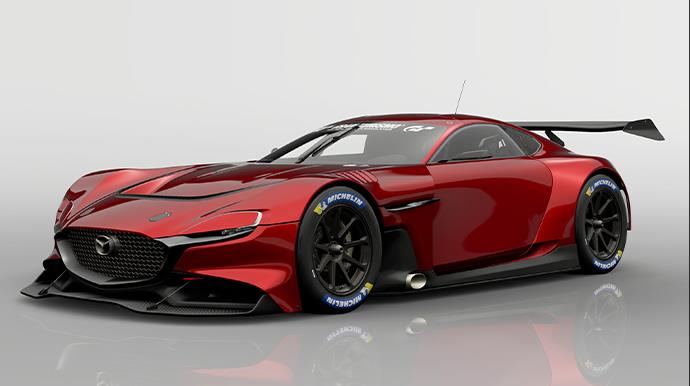 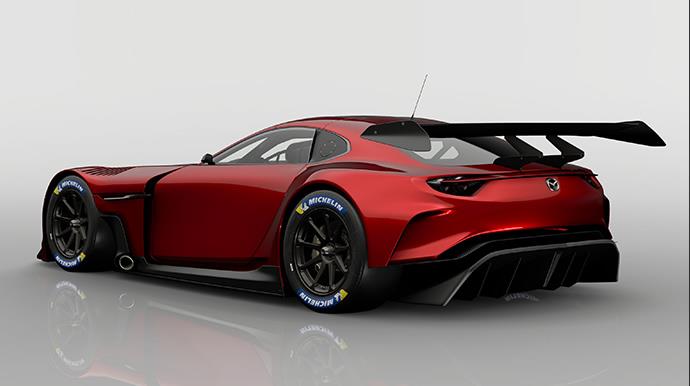 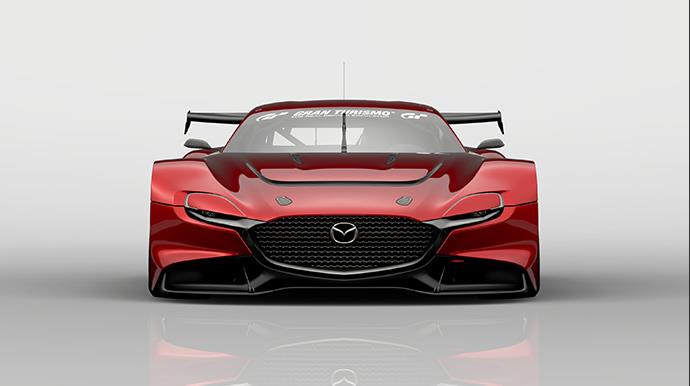 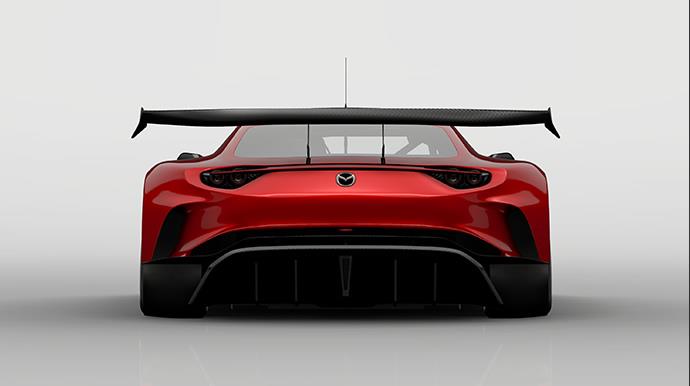 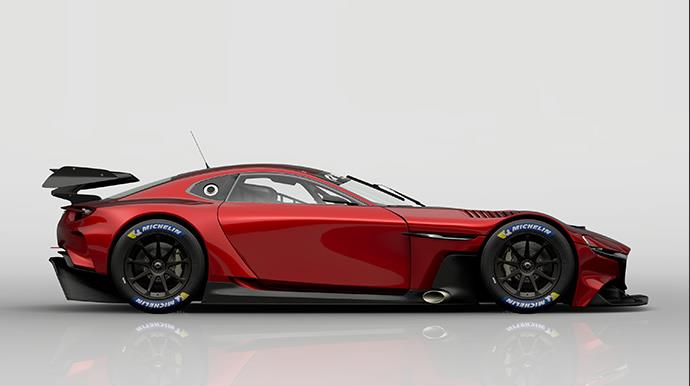 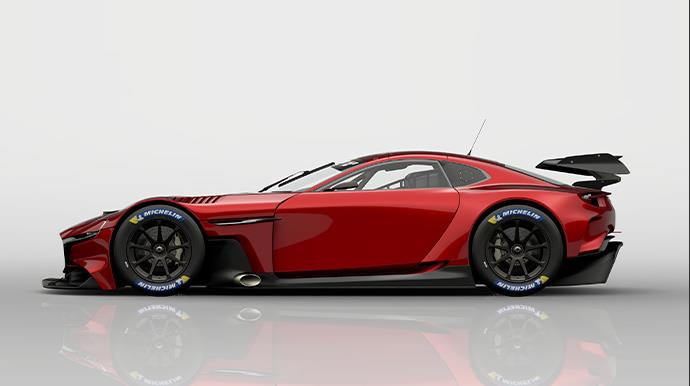 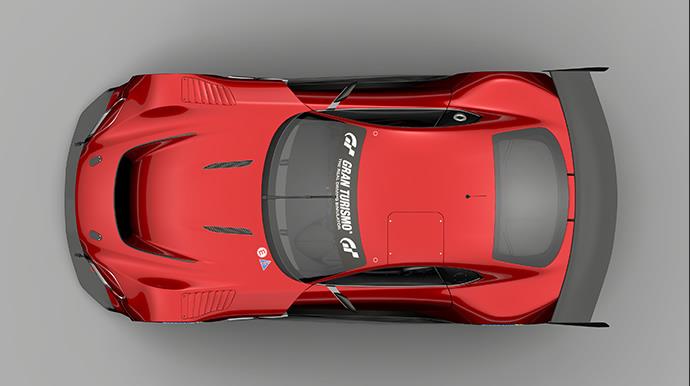