Transformation of the Racing Rotary Engine (RE)

Transformation of the Racing Rotary Engine (RE)

The engine mounted in the Mazda 787B was the Mazda R26B four-rotor engine (RE). The original version of this engine was the 13B engine with a displacement of 654cc x 2 rotors, was developed in 1973 for the higher grades of the second-generation Luce. The 13B engine was later developed for the second-generation Cosmo, Luce Legato, Roadpacer, RX-7 and other models, and became the main power unit in the RE lineup. Going through several refinements, including 6-Port induction, a lean combustion system, and turbocharging, it continued to be made for about 40 years until the 13B MSP RENESIS engine was mounted in the RX-8, which was discontinued in 2012.

The 13B motorsports engine was first used in the Fuji GC series in the 1970s utilizing a peripheral port intake, and while it was small and compact, it boasted a high output of 300 PS and outstanding reliability, making it a favorite among many private racers. In Le Mans, it was first used in the RX-7 252i in 1979 and was used right up until the Mazda 737C in 1985. Later 3-rotor and 4-rotor engines utilized the same dimensions and shapes as components from the 13B, including the four rotor housings (which correspond to the engine block and cylinder head of a reciprocating engine) and each rotor (which correspond to pistons).

The first four-rotor engine, the 13J, was built in a short time, and its power output did not reach 600 PS in spite of the simple build-up. Furthermore, although being a lightweight and compact package was seen as the ultimate strengths of an RE, the 13J engine was long and heavy. Even so, within a few months, the front length of the engine was greatly reduced and a lighter, improved 13J engine was developed. However, the hasty development took its toll, and in 1988, the newly developed Mazda 767s with their four-rotor engines suffered many problems and fell far behind in the race, finishing a disappointing 17th and 19th overall. 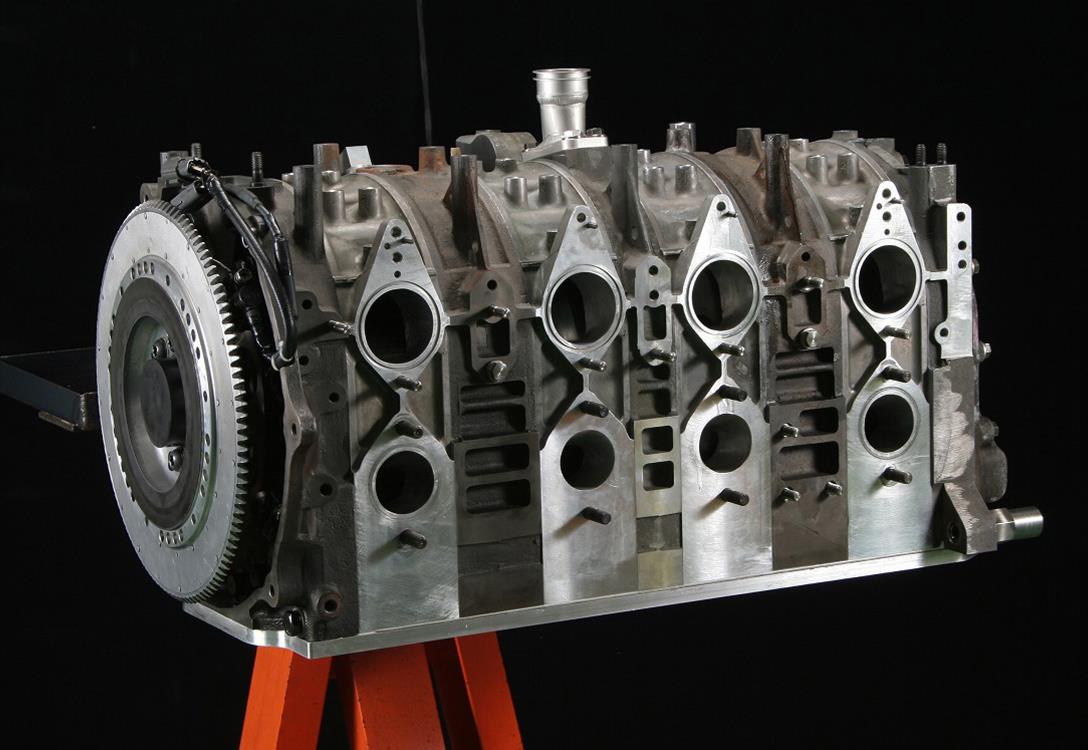 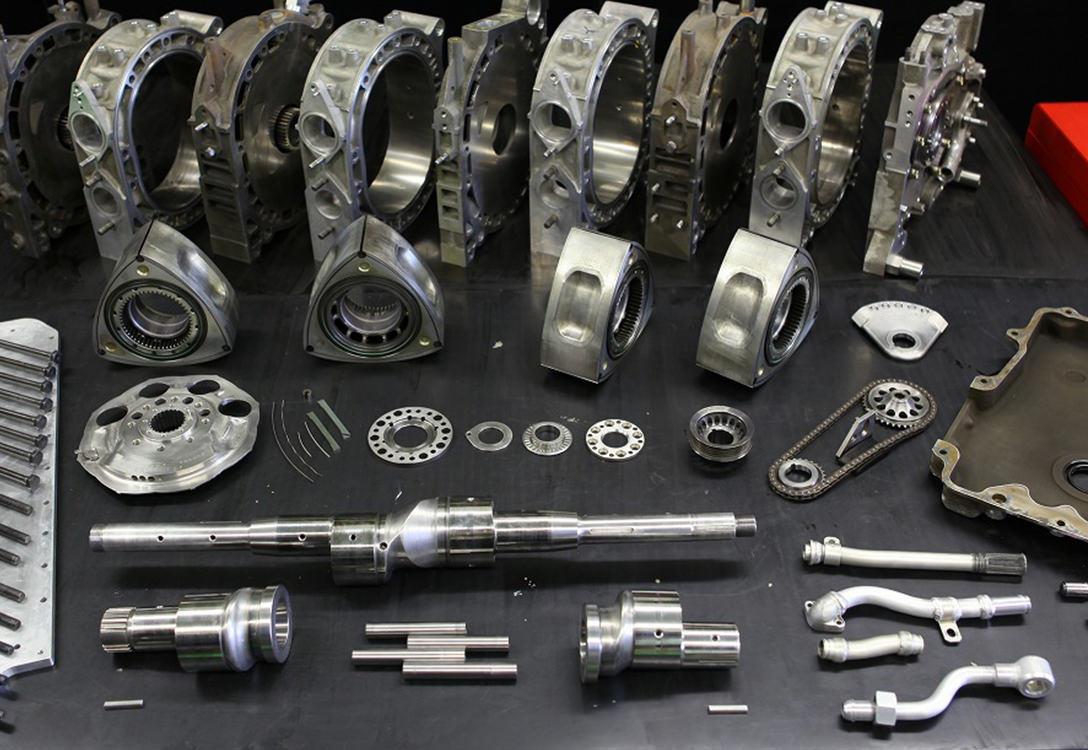 A new rule was announced that in the following year, 1989, RE cars would no longer be allowed to compete at Le Mans, so Mazda and Mazdaspeed, who took charge of developing the car’s body, worked together to develop the new Mazda 767B. As a result of changing the intake and exhaust systems and using several new materials, the power output of the 13J modified (89) engine was increased by more than 10% over the previous year's model. As a result, all three cars that participated in the race finished and placed 7th, 9th, and 12th. However, it became clear that they were still not strong enough to aim for overall victory.

Since most teams were not ready to compete under the new regulations, the application of the new rules was postponed for one year, and so Mazda/Mazdaspeed took on the challenge of Le Mans in 1990 with a renewed determination to achieve victory. The intake system was further refined, the ignition system was improved, a control system was introduced for more efficient use of fuel, and the power output of the four-rotor RE engine was finally increased to 700 PS. However, due to the drastic change in the circuit’s shape, they encountered many problems in the race and the team was unable to win.

The Mazda team was disappointed that this was seemingly the end of their run, but when they found out that old specification race cars would be allowed to compete in the 24 Hours of Le Mans under the new rules that came into effect the following year, they accelerated development again. The 1991 engine was equipped with a linear variable air intake system that allowed more fine-tuned control than the 1990 model. The intake air horn was linked to the throttle by an actuator that extended and retracted its length. The longer the horn, the thicker the torque at low speeds, and the shorter the horn at higher speeds, the more power was made available. The injectors were changed from air horn injection to peripheral injection, and the fuel injection system was improved. The ignition system was thoroughly refined by adopting a three-plug system for each cylinder. After also carrying out all the feasible updates to the car’s body, a machine that could compete with European powerhouses such as Mercedes, Jaguar, Porsche, and Peugeot was completed. A 24-hour endurance test was conducted prior to the event, and in 1991, the team headed to Le Mans with a complete system in place that ultimately achieved overall victory at the renowned 24-hour race. 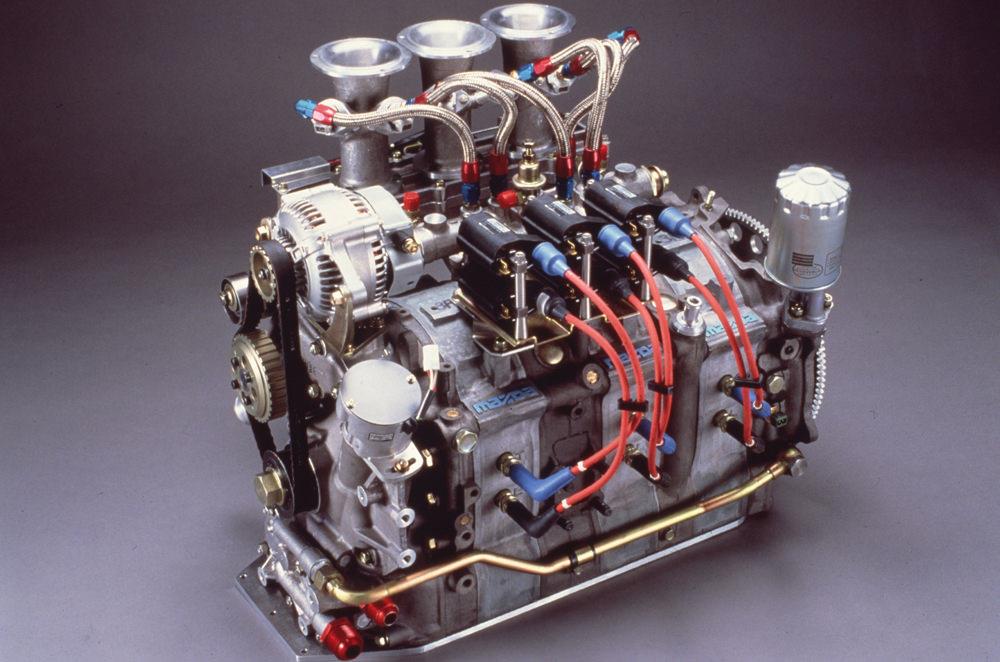 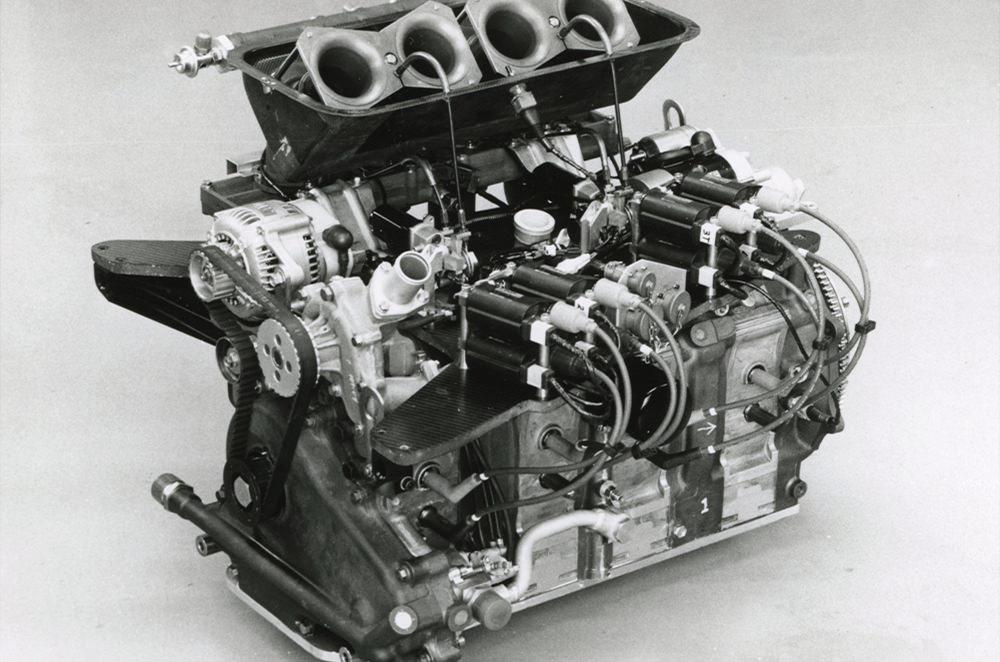 In this way, the racing rotary engine underwent a dramatic transition within a short period of time, and in just six years, the performance of the engine was increased from 300 PS to 700 PS. The perseverance of the engineers who worked on the development of the engine and chassis with the “never stop challenging” spirit, ceaselessly devoting all their knowledge to mastering the unparalleled technology of the RE, thus came to a successful conclusion.