Together with Local Community, Performances and Support Strong Enough to Clear the Rain

Since 1966, the Head Office (Hiroshima) has continued to hold the Ekiden Road Relay Race. Although it was originally only for employees, in 1981, a Community Category was set up to promote communication with local communities. Participants, including both children and adults, run on the approximately 19.3-kilometer route in a circuit around the plant grounds, which is broken down into seven separate legs.
This year's race was held on March 3. In addition to 157 teams in the In-house Category, in which Mazda employees competed by division, 108 teams in the Suppliers Category and 64 teams in the Community Category from as far away as the Kyushu and Kanto regions participated (a total of around 3,300 runners from 329 teams).
For the second year in a row, entry No. 501 Mazda 3 was the winning team from the Community Category, crossing the finish line with a time of 1:06:37.
In this year's Community Category, the Disaster Recovery Support Team, comprised of Mazda employees and Saka Town residents who are still deepening their connection by supporting recovery from last year's heavy rains, fielded two teams in the race. Runners received plenty of cheers and encouragement from onlookers as they passed their "Ganbaro Saka" sashes.
The event also featured a barrel for collecting donations, using the slogan "Ganbaro Hiroshima." We would like to thank everyone for your support. 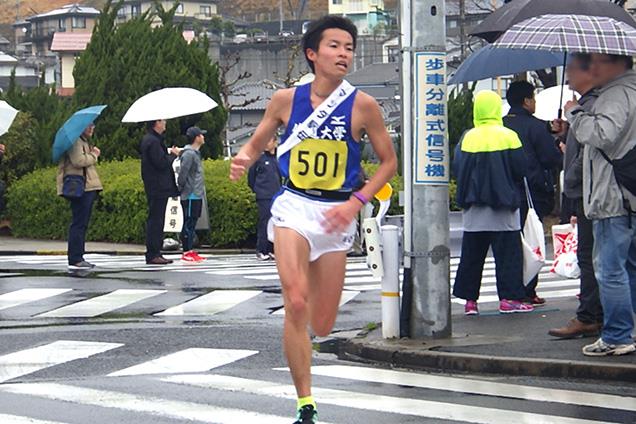 By the numbers
Duration of program with Community Category: 38 years

The Hofu Plant has hosted the Ekiden road relay race on its plant premises since 1994. The approximately 13.3 km course consists of eight legs. This event, open to members of the general public as well as Mazda employees, is held as part of the Love Hofu Campaign, serving as an opportunity to deepen friendships with local residents.
This year's race was held on March 10. Unfortunately, the number of teams was roughly half of what it usually is due to inclement weather. Still, the competing Mazda divisions fielded 13 teams, and 40 teams from Yamaguchi and other prefectures battled it out in the Community Category (totaling 420 runners in 53 teams).
The team "Yamato Runners" from Hikari City (formerly Yamato Town) in Yamaguchi Prefecture won the Community Category with a time of 0:56:43.
Participants had the following to say: "I had fun, and nothing was lacking in the changing rooms, bag storage, and stalls selling food and goods" and "I enjoyed the bus tour of the race course." By the numbers
Duration of program with Community Category: 25 years

MMVO has held the race in Guanajuato where its plant is located since 2015, and opened the race to local residents in 2016. The company promotes the Japanese culture in the region while providing a space where employees, their family members, and local residents can spend quality time together.
Part of the 16-km course takes place on the plant grounds, providing an opportunity for participants to learn more about Mazda and the plant.
In FY2018, 2,200 runners, including 600 employees, competed in 120 teams.
Participants commented, "This race stands out from the rest as it is unique in Mexico and develops a sense of community as people unite around a common goal." By the numbers
Duration of program with community participation: 3 years
Total number of participants: 5,570 (since FY 2016)