Mazda is cooperating with Hiroshima Prefecture and Yamaguchi Prefecture in regional forest protection activities.
In 2010, the Mazda Head Office (Hiroshima) concluded a Forest Preservation and Management Pact with the government of Hiroshima Prefecture, with the Mazda-no-Mori (Mazda Forest) in the Hiroshima Prefecture Ryokka (afforestation) Center (Higashi Ward, Hiroshima City) serving as a base of operations. With the guidance and cooperation of forest conservation volunteer groups, we are giving lectures to enhance awareness of environmental conservation, providing woodcraft classes to teach children how to make use of forest resources, and holding nature observation events, in addition to activities such as clearing, removing underbrush, and planting trees.
The Hofu Plant has participated in the "Water-Supply Forest Development in Collaboration with Corporations" program administrated by Yamaguchi Prefecture for water-using companies since 2005, and the "Fureai-no-Morizukuri program in the Saba River basin and Mt. Ohira" (hosted by the Saba River basin Morizukuri-no-Kai) since 2013.
In FY2018, a total of 94 employees participated in these programs in Hiroshima Prefecture* and Yamaguchi Prefecture. Comments we received from participants included "the forest became brighter after we cleared away the brush, and I felt that we contributed to the forest's upkeep," "it felt great to breath the fresh air and work up a sweat," "even though it was my first time participating, I felt safe and had fun thanks to the clear instructions I received."

* Work at Mazda-no-Mori was suspended due to damage from the heavy rains in July 2018; this year's activities were held in another part of the Hiroshima Prefecture Ryokka Center, as there was still a need for forest preservation work there. 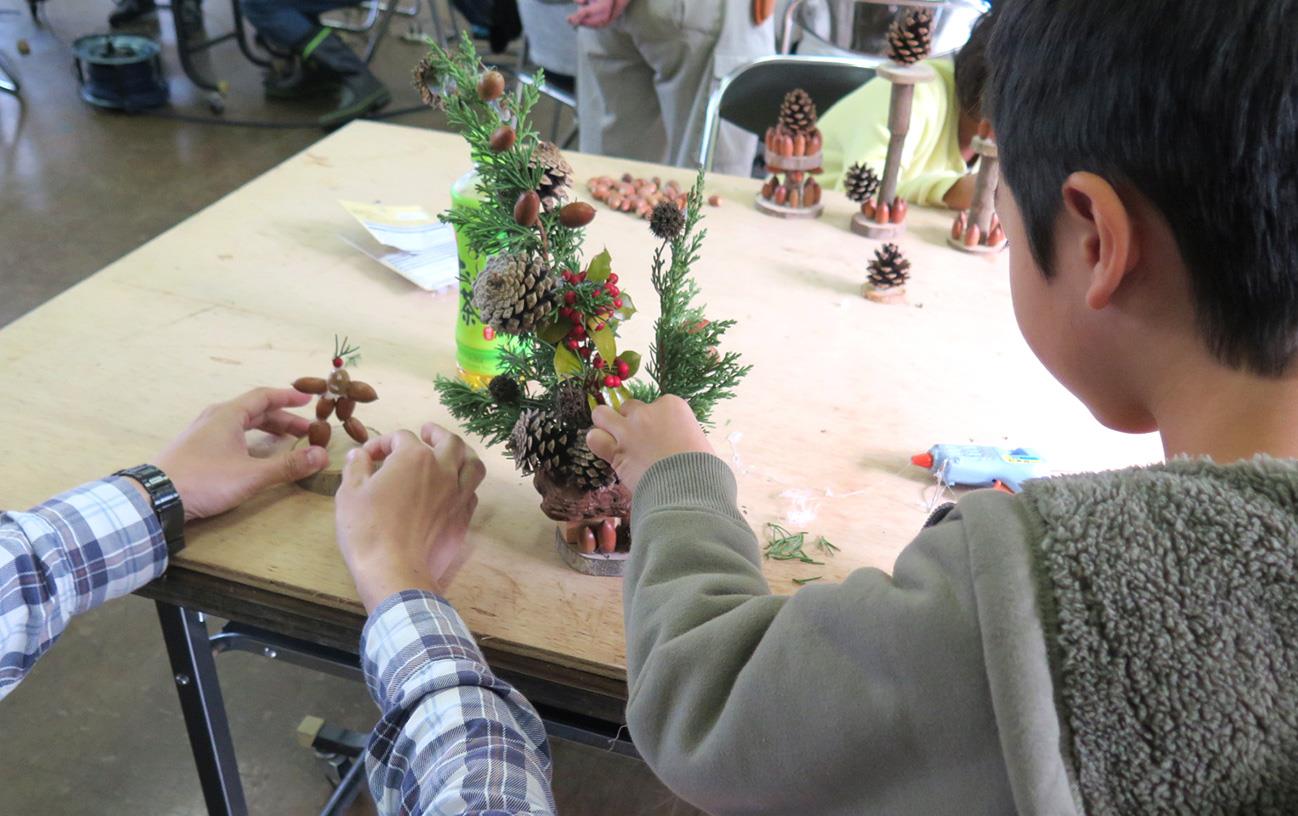