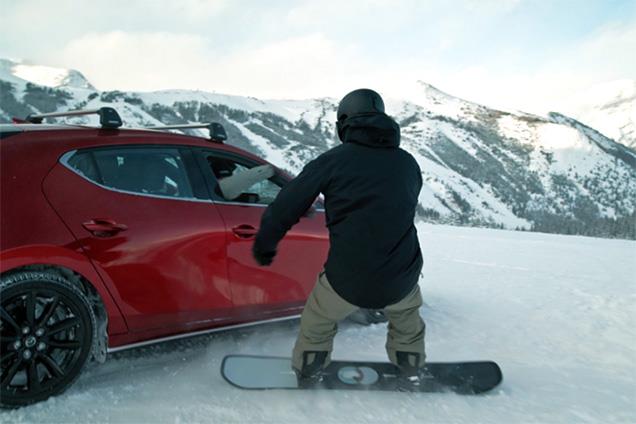 MCI has been a corporate sponsor of the Canadian Snowboard Team since 2012, as part of national team athlete development activities.
In FY2019, MCI provided financial support to the national team and use of Mazda car for athlete development activities, the teams worked together to develop new and unique content, featuring both snowboarding and cars; such as custom created snowboards and in-dealership displays.

By the numbers
Duration of sponsorship: 8 years 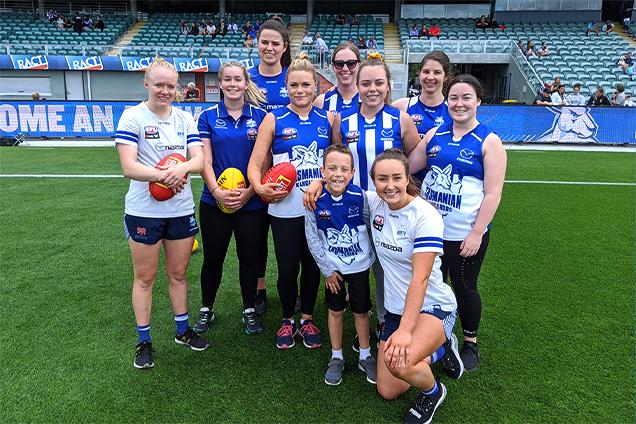 MA is the major sponsor of the North Melbourne Football Club (NMFC), a prominent team in the Australia Football League (AFL). MA has been the major sponsor now for 21 seasons. Additionally, since FY2018 MA has been the exclusive sponsor of the new AFL Women's (AFLW) team North Melbourne Tasmanian Kangaroos (NMTK); the sponsorship continued in FY2019.

By the numbers
Duration of sponsorship:
NMFC 21 years, NMTK 2 years

MST is the main sponsor of the national football club, SWATCAT Nakhon Ratchasrima Mazda FC.
MST has continued this sponsorship for eight years to help raise Thai football to the international level and promote the sport's popularity, as well as to support local economic development in Nakhon Ratchasima.

By the numbers
Duration of sponsorship: 8 years

Contributing to Sports and Local Exchange 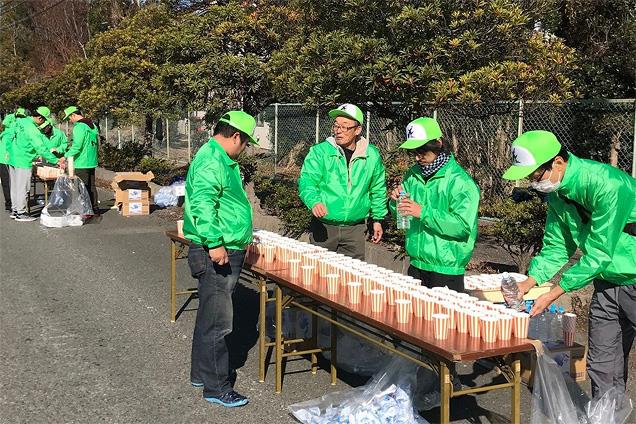 The Hofu Plant co-sponsors and supports the Hofu Yomiuri Marathon, which is held on the third Sunday of December every year (sponsored by the Japan Association of Athletics Federations).
The Hofu Plant has provided escort vehicles for over 20 years, and has done activities such as sponsoring number cards and volunteering at water stations since 2004. Six employees participated as water station volunteers in FY2019.

By the numbers
Duration of program: Over 20 years Mazda's nationwide dealerships not only act as official sponsors for the National Sports Festival but also provide support for regional sports tournaments, local professional soccer teams, and amateur sports teams.
Tohoku Mazda has been co-sponsoring the "Tour de Sakuranbo," a long-distance bicycle ride in Yamagata Prefecture, since 2017. Rather than race each other, participants start the ride at 6:30 a.m. and aim to complete their respective course (selected depending on their ability) by 5 p.m., the time limit, while enjoying local cuisine and hospitality at the rest areas. In FY2019, Tohoku Mazda provided four cars to act as lead vehicles and supported the operation of all four courses.
Since 2016, Kobe Mazda has supported a local marathon event (Kobe Valentine Love Run) held in February every year to support UNICEF. Part of the participation fees from the event, which is held under the theme of "Extending a helping hand to children suffering from wars, disasters, and poverty," are donated to UNICEF.
In FY2019, in addition to providing a guiding car and driver and supporting the event as an honorary starter, Kobe Mazda employees participated as runners, helping make the event a big success.