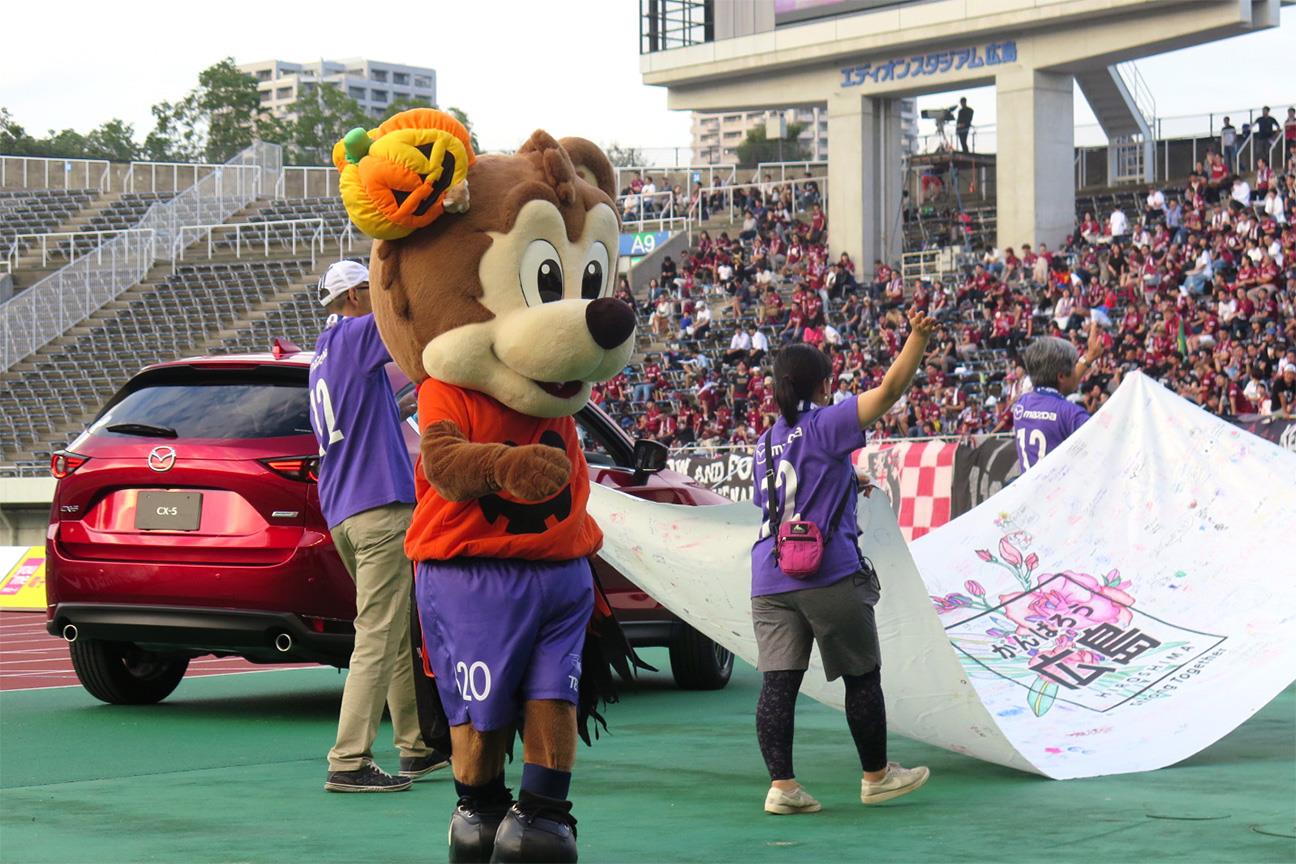 During FY2019, in addition to serving as the uniform sponsor for Sanfrecce Hiroshima, we also sponsored Sanfrecce Hiroshima Mazda Day during the match against VISSEL KOBE at Edion Stadium Hiroshima in October (management-employee cooperation program). The first 7,000 arrivals were given towels/scarves featuring a collaborative design produced by Mazda and Sanfrecce Hiroshima, and a parade that included Mazda cars was held at half-time. Additionally, Mazda set up a booth outside the open area, where the first 300 children enjoyed making "Sancce driver" original tote bags before the match. In FY2019, Mazda hosted regular concert events in the lobby of the Mazda Head Office two times throughout the year, which were attended by a total of 642 people (including visitors from neighboring regions).

Participants commented, "I also came to celebrate Mazda's 100th anniversary; it was fun" and "This has become a regular event that allows community members and families to spend quality time together."