Mazda hosted a media launch in Tokyo at Warehouse Terada, an urbane and stylish venue that houses some of Japan’s finest artworks and wines. 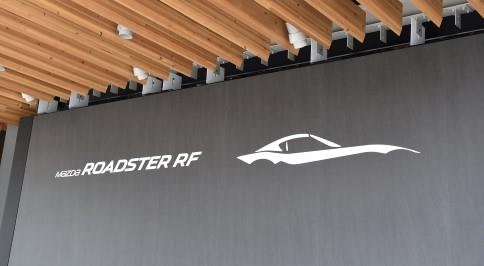 After the unveiling, Mazda President and CEO Masamichi Kogai made a short speech before Masashi Nakayama, who serves as both Chief Designer and Program Manager for the MX-5, spoke about the new model. Take a look at this footage from the event. In his speech Kogai expressed his hope that the MX-5 RF would help revive Japanese youths’ declining interest in cars and said he’d love to see people of his generation, who grew up dreaming of owning a car, driving around town looking cool in the MX-5 RF. He hopes such scenes will inspire young people to want to own similar cars in the future. Making “even a small contribution ... in this way was one of our hopes in the development of this model,” he said. Nakayama talked about the retractable roof and the fastback design in which the roofline describes a beautiful arc before blending into the car’s rear. The roof can be opened and closed in 13 seconds. “The entire operation can be completed with one finger, at the touch of a single switch,” he said.

Nakayama also spoke of the passion that went into creating the MX-5 RF, saying the team had set themselves the goal of making a car that could enrich people’s lives like art or fine wine. He explained the company’s fixation on top-down driving as the pinnacle of driving pleasure and stated his hope that the finished product would bring joy to all who own and drive it.

“The things we refuse to compromise on with the Roadster (MX-5) are making it compact, making it lightweight and keeping enough trunk space for two people. The idea behind the Roadster RF was, now that we’ve achieved those things, how can we make an open-top car that is accessible to a wider range of people,” said Nakayama. A number of KODO-inspired artworks were also on display at the venue. 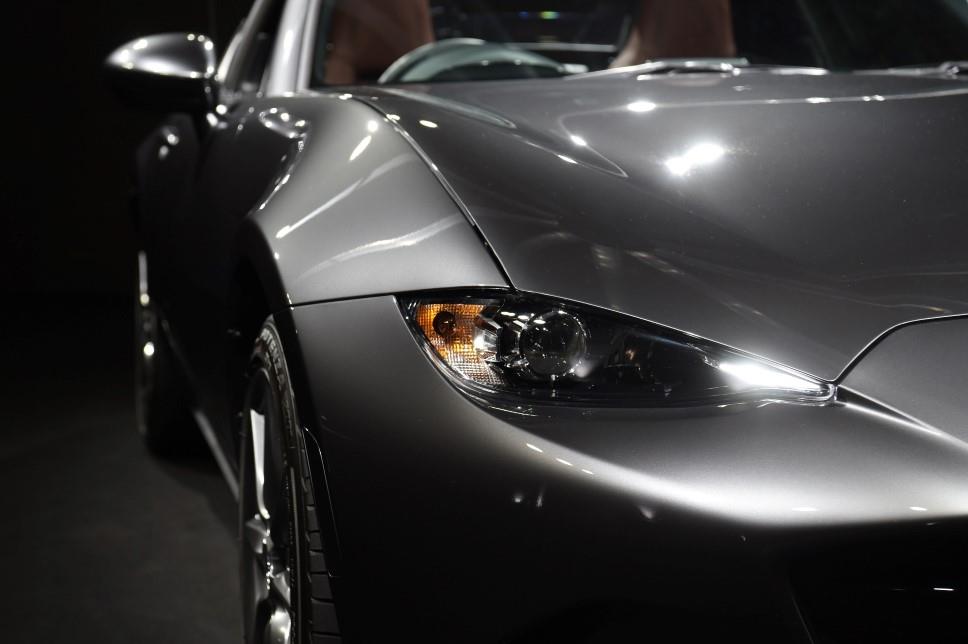